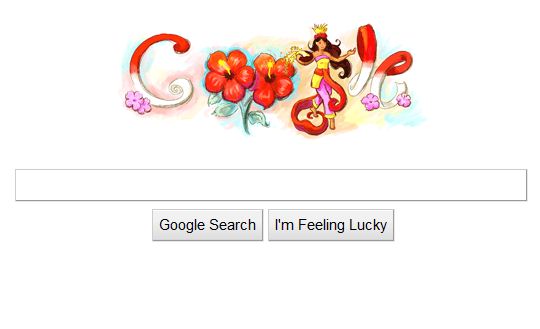 Click the logo, then it brings you to search result of keyword: Indonesia Merdeka. Merdeka means independent, free, sovereign, self-determined.

Indonesia, a country with population of around 230 million people, compromises 17,508 islands in South-East Asia. It is a country titled world’s fourth most populated which covers the area of 1,919,440 km2, the world’s 16th.

Indonesia went through the colonialism of Portuguese, Dutch, British and Japan. The independence of Indonesia is proclaimed by Soekarno and Hatta on 17th of August 1945 in Jakarta, the capital. Dirgahayu Indonesia.

This entry was posted on August 17, 2010 by Kristupa Saragih. It was filed under Thoughts and was tagged with 17 Agustus, Google, Google logo, Indonesia.